Meeting with Students in Pukë Dorms 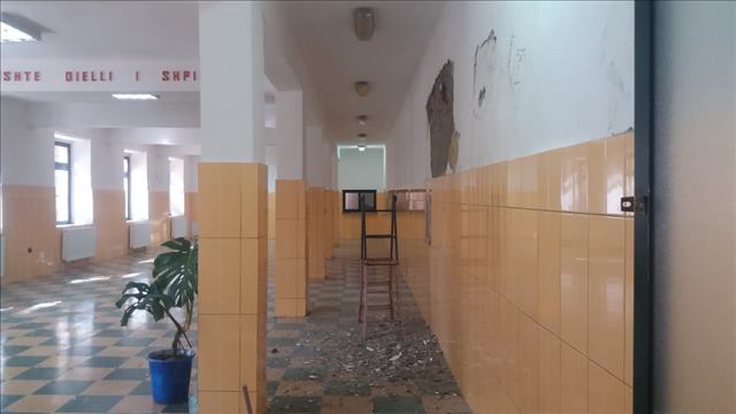 29.10.2018 The Gender Alliance for Development Center (GADC), is continuing the implementation of activities in the framework of the Project “Empowering Women in Albania to Ensure Equal Opportunities” dedicated to the empowerment of rural women in Puka, in the Administrative Unit of Luf, Puka Municipality. The project is dedicated not only to women, but also to three groups of young people from Tirana, Roskoveci, and Puka. The project is funded by the Slovenian Ministry of Foreign Affairs. GADC is working together with Forum za enakopraven razvoj (FER) for the implementation of this project.

The group of youths from Puka, represented by Anisa and Enklajd, organized a meeting on October 8, 2018 with a group of young students living in dormitories. These students were from different villages: Iballja, Bushati, Qelez, Flet, Kerthpule, Vrrithi. All of these villages are part of the municipality of Puka.

The group of youths had a discussion and conducted interviews with these students, asking about dormitory conditions and prejudices among classmates. The students informed them that the conditions at the dormitories were not good and that they lacked some amenities that are important for studying in dorms. For instance: 1. Desktop Computer; 2. A printer within the dormitory; 3. A study room to contemporary standards. The students get three meals a day for free. There wasn’t a psychologist in the dormitory, but there was one at school. The psychologist conducted informative sessions with the students on topics such as harassment, human rights, along with other subjects the students had, such as courses that they attended throughout the week.

The dormitory was under construction, and the conditions will improve even more after the construction is completed. The male and female students have their own separated showers.

Klajd and Anisa inspected the rooms and showers and found that, overall, they were in order. However, one of the girls from the group stated that the students needed a computer, laptop, or desktop computer to work on their school project.

There were cases of prejudice, such as the fact that students coming from villages were excluded because of their dialect and their dress.

All the boys and girls from villages were not as socialized with people of their age or classmates. They remained with close friends from the dormitory in this instance, but they did not socialize as much with their friends from the city of Puka in their class. For the boys it was a little different because they did not befriend their classmates from Puka so much. The boys were sidelined because of their spoken and written language and dialect, whereas the girls were sidelined more for their appearance or manner of dress.

Open letter in regards to the handling of the case of Ms. Nazime Visha